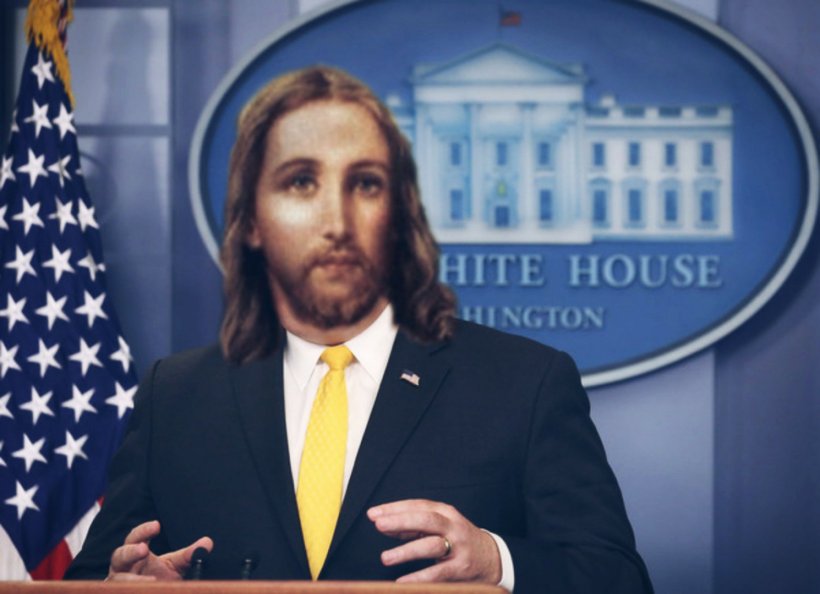 I was recently listening to an interview with Brian Zahnd promoting his new book “Postcards from Babylon” and he said something that really made me stop and think. He said, that to the majority of the western fundamentalist church,

“Jesus has been demoted from Lord, to the secretary of afterlife affairs”.-BZ

I couldn’t help but think how spot on that is. In talking to many Christians today, one would come to the conclusion that the main purpose of the gospel and even the Incarnation itself is that Jesus made a way for humans to escape a deserving hell when they die in order to go to Heaven instead.

Because of this, I believe the message of Jesus and the cross has been hijacked (we’ve been bamboozled) to mean something outer-wordly and distant, instead of what, to me, was the original meaning. To bring peace in this life, on this earth, for the present moment (whenever NOW is).

One argument that is used for the “afterlife gospel” is that we choose where we go because of free will that has been given to us.

Yes free agency/will is a thing but how did it become something that affected where we go when we die? We also have to consider how free is our will? When we are born we don’t choose where we are born, time period, culture, poverty level, our parents or family, diseases, sexual attraction/orientation, mental health, ethnicity and so so much more that the list of things we don’t choose is almost endless. If we are honest and actually believe our eternal afterlife destination is predicated on the little bit of free agency we do have, all of these conditions that have so many uncontrolling factors would really mean that people get to heaven by pure chance.

The other option is to believe in the idea that everything is predetermined and some people are just born destined for Hell. Personally I can’t subscribe to this view at all as it turns God into a monster that creates people for the sole purpose of torturing them forever. Yuk! That doesn’t seem to be the Abba that Jesus revealed in the gospels.

Anyways, I’m getting off track. I blame ADD, which I was born with. I didn’t have a choice in having it. (See what I did there)

It’s with the Divine or God or Allah or whatever language you want to use. Next subject please…

“Well, what about Hitler, are you saying he gets a free ticket to heaven? ”

Wow, that escalated quickly. But it always does. This kind of questioning always makes me think of a song from that movie with a talking snowman and an ice princess. “Do you want to build a… Strawman?”

But to answer that ridiculous question… no. What is a “ticket to heaven” anyway?

I am saying his afterlife destination doesn’t affect me. I don’t know what happens to genuinely bad people when they die and if you are honest, you don’t either. In short, He’s dead, what on earth does his afterlife situation have to do with the gospel or how you believe or act in this life? Also ask yourself, would a God that forgave the very creatures that committed deicide, torture someone who did some atrocious things who obviously had serious mental problems for a never ending amount of time? Would 1 trillion years be enough to satisfy you? Maybe your idea of justice just needs to change.

I would even make the case that the Gospel message has absolutely nothing to do with heaven or hell in the next life, but is 100% THIS life focused.

Jesus says this about the Gospel:

“The Spirit of the Lord is upon me, because he has anointed me to proclaim good news to the poor. He has sent me to proclaim release to the captives and the regaining of sight to the blind, to set free those who are oppressed, to proclaim the year of the Lord’s favor.”

That is a reference to Isaiah 61 in which the writer is talking about Israel’s freedom from Babylon exile and entry back to their land. And that was probably a reference to Leviticus 25 which is about the year of Jubilee, where all the peoples debts are forgiven and property is given back to its original owners.

All that to say, Jesus is using this language from his tradition, which never really addressed the afterlife, to express that the good news (the Gospel) is good news in this life. The kingdom of heaven/God, salvation and eternal life in scripture are all this life centered. Jesus healed the sick, raised the dead, included the excluded, fed the poor, promoted peace through the third way of non-violence and forgiveness. He revealed a God that would rather be scapegoated than scapegoat, even by his enemies.

Jesus revealed that creation was good enough for God to physically become a part of it and even validated it’s worth by dying at its own creatures hands without violent retaliation. By resurrection all of creation was vindicated as good and that this life matters. This world matters. Right now matters.

The good news is that every human and creature and rock and body of water matters and is loved. Jesus is not the secretary of afterlife affairs but instead is Lord of creation and the living, which in the biblical narrative was declared good and without end.